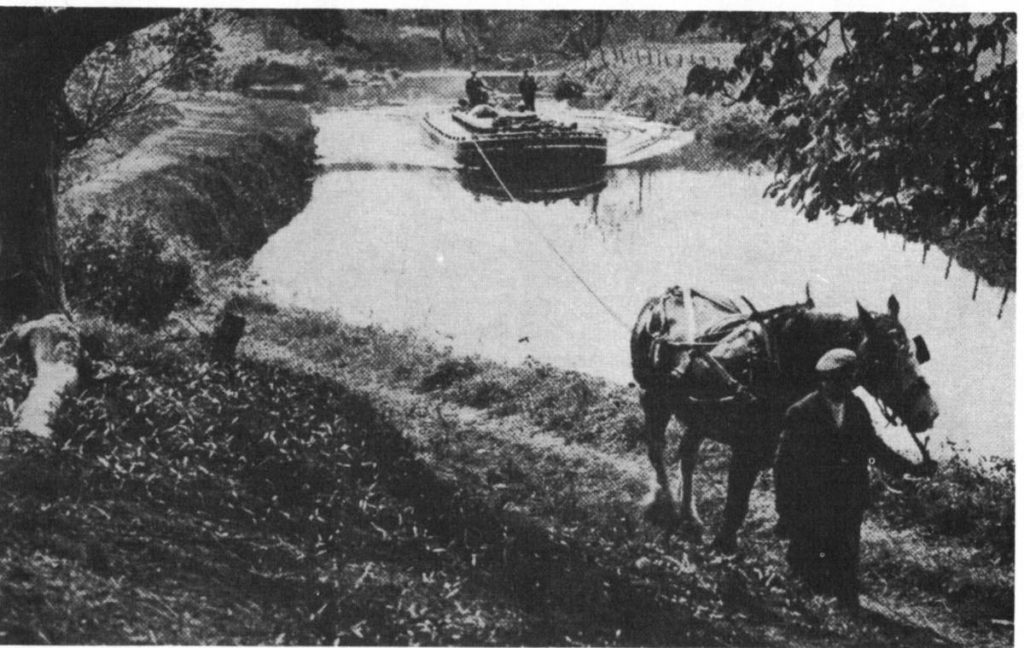 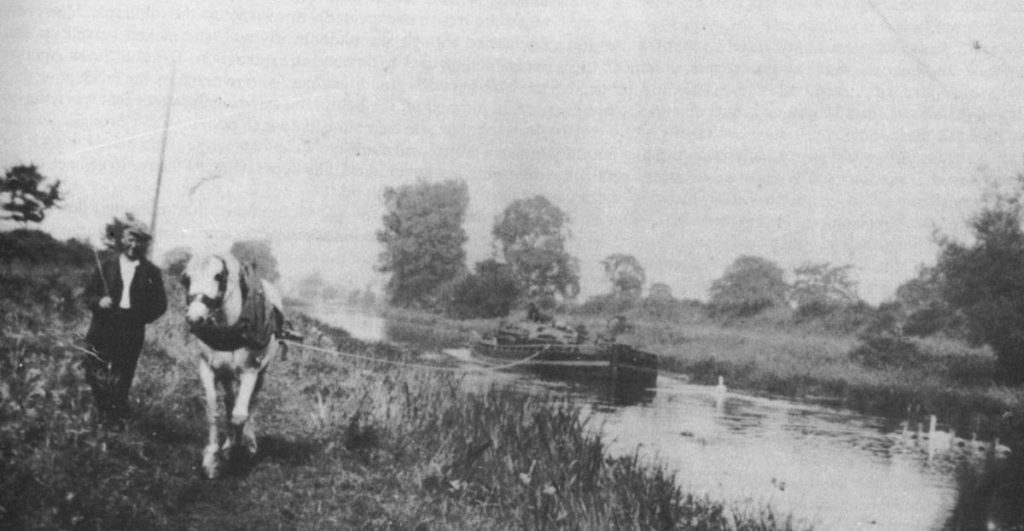 The next time you’re enjoying a walking, a run or a cycle along the Lagan Navigation towpath, take a moment to consider why it is there. It’s not as if every river in Northern Ireland has its own neatly-laid pathway running along its bank, one that continues for about 27 miles! Perhaps some wealthy benefactor fancied a pleasant stroll along the river? Or maybe the Council created it for our amusement?

The real answer is steeped in Belfast massive industrial growth in the 18th and 19th centuries. With only a rudimentary road system, industry needed some way to bring in raw materials and to distribute finished products throughout Ireland. The answer  was to dig a network of canals and to use barges, or more correctly ‘lighters’, to transport bricks, coal, tiles, whiskey, peat and all manner of other goods from one part of the country to another. The lighters had no engines, so what was the source of power used to haul them and their cargoes the length and breadth of Ireland?  The answer – one man, called the hauler, and his horse, connected to the lighter by a stout rope.

So this pathway and others like it, were built for the haulers and horses who were hired by the lightermen to pull their lighters. It sound like an idyllic existence, strolling along the Lagan with not a care in the world, only stopping when the lighter passed through a lock or to circumnavigate a bridge. But it was a skilled and tiring job pulling 60 tons or more along the choppy waters of the Lagan and the haulers and horses were out in all weathers – sunshine, rain, hail and snow, all year round. Some times in winter, when the pathway became frozen solid, the horses would have to be shod with specially cleated shoes in order to give them some grip. As for sleeping arrangements, well a hedge may have given some cover, or occasionally bedding down with the horse in a rough stable.

This fascinating way of life is long gone, but you’ll be able jaw-dropping Augmented Reality (AR), this cutting edge experience will take you back to those by-gone days and introduce a way of life that has long-since disappeared.